In most jurisdictions, pawnbrokers will not report a defaulted loan or send their claim to a collection agency or similar. They will simply try to sell the pawned property and get their money back that way. Because of this, pawning something is often a better solution than getting a SMS-loan, personal loan, forbrukslån or similar, since defaulting on an SMS-loan can affect your credit score and make you the target of collection agencies. Also, you have no control over the snowball effect of a defaulted SMS-loan or similar when collection agencies start adding their late fees, collection fees, interest rate, etc.

If you are unsure about your ability to pay back the loan on time, selling the property can be a better choice than pawning it. Most pawnbrokers are licensed secondhand dealers that will buy and sell secondhand items.

Pawnshops began to pop up on the internet during the 1990’s and there are now many well-established pawnshops available online.

An online pawnshop will typically ask you to send them photographs of the object you wish to pawn, together with a description, receipt copies, warrants, etc. If your loan is accepted, you agree to ship the object to the pawnbroker.

Why is it called pawn?

The term pawn comes from the Latin word pignus, which means pledge. 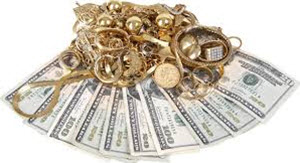 The history of lending money or other resources with portable assets as security for the loan goes back to prehistorical times.

Pawnbroking existed in Greece during antiquity, and then in Rome. Many of today’s rules regarding pawning goes back to Roman law. Augustus (63 BC – 14 AD), the first emperor of the Roman Empire, confiscated property from criminals and converted it into money which was placed in a state-controlled fund. From this fund, Romans could borrow money without having to pay any interest, provided that they pledged valuables worth at least double the amount of the principal.

In China, professional pawnshops owned and operated by Buddhist monasteries existed as early as the 5th century. During the Southern Song dynasty, wealthy individuals would sometimes form partnerships with Buddhist monasteries and open pawnshops in conjunction with them. Since monasteries were exempt from certain property taxes, working together with them could be highly beneficial from an economic standpoint.

In Europe, the Catholic church forbid usury (with reference to Mosaic law). There is however some evidence that the Franciscans were allowed to act as pawnbrokers as long as the profits were used to benefit the poor. After the reformation, the Christian resistance to charging interest faltered throughout Europe and not just in the protestant regions.